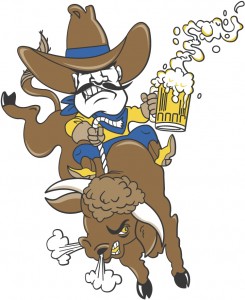 2012 marks the Centennial of the Calgary Stampede.

Yeehaw, you party lovin cowpokes. With a sold out crowd at this year’s Canorient Stampede stomp, there ain’t a critter on the prairies that can say we Calgarians don’t love “The Greatest Outdoor Show on Earth.”

This year’s boot stompin hoedown was held on July 7th 2012, at the corral at Highland Park Community Hall.

With good grub, and good music, there was not a cowboy or cowgirl, that did not have a hollerin good time.

Pictures have been uploaded to Facebook; view them here.

The committee would like to thank all those that helped out with the event, and especially all the members that attended.

This entry was posted in 2012 Events. Bookmark the permalink.